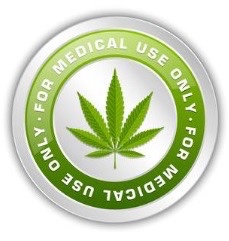 Medical marijuana or MMJ has been used for decades now to help people afflicted with serious medical conditions that include, but are not limited to glaucoma, cancer, epilepsy, AIDS, and MS (Multiple Sclerosis). As one of the most effective agents that help people cope with chronic pain, medical marijuana offers patients relief from extreme discomfort by alleviating their symptoms.

Understanding the Science Behind Medical Marijuana

Understanding the science behind the effectiveness of marijuana is important in order to dispel these myths and make a well-informed choice about what it truly offers. When administered under the supervision of a qualified and competent doctor or medical practitioner, medical marijuana reduces the pain and nausea that various health problems cause. Scores of people believe that medical marijuana is extremely addictive, and it increases the dependency on the drug.

Research indicates that there is no evidence to support this belief because to start with, medical cannabis does not even have any chemicals that may trigger addiction in people who use it as a part of their treatment process. Then there are other misconceptions that MMJ may also lead to the use of hard drugs such as cocaine and like the former, this is also just a misconception. While medical marijuana can be smoked like a regular banana kush, this is not the only way that it can be used.

There are mainly two types of cannabinoid receptors; CB1 and CB2 that trigger a cascade of biological events within them. While the former type is mainly found in the nerve cells of the brain and is responsible for the mind altering effects of cannabis, the latter is found all over the body and it could be the prime suspect that triggers the biological effects of these cannabinoids on the other parts of the body apart from the brain. So, designing suitable drugs based on the active ingredients that are found in hash oil may be important for the treatment of cancer.

Right from prescription drugs and pills that contain synthetic forms of medical marijuana to other alternate treatment methods, cannabinoids such as THC can be delivered to the body without smoking MMJ. The marijuna seeds, flowers and leaves can be soaked in a mixture of alcohol to extract the cannabinoids in marijuana. This infusion can either be added to drinks and food or absorbed through skin patches and in this form; it takes MMJ as little as a half hour to produce the desired effect. The active components can also be transferred into cooking oil and butter by simmering the plant in them for several hours. This is usually used to bake cookies and brownies or make other types of food that a patient might find appetizing.

Thought there are tests that show that Medical cannabis can cause short term memory loss in some patients who are undergoing treatment, the truth is that the effect is only temporary. Medical marijuana neither reduces their intelligence nor does it affect their long-term memory. Though medical cannabis is an all-natural substance that is obtained from plants, the misconceptions about it are quite controversial and baseless.

It is amazing that smoking cannabis works so much better than many pharmaceuticals, which are always absorbed through the proper medium. By setting a plant on fire, inhaling the resulting smoke, and blowing it out, much more relief can be found than ingesting a pharmaceutical substance that decades of research was put into.

The fact that smoking cannabis works better than pharmaceuticals is a testament to its place as humanity’s greatest medicine, but what really matters are the effects people have been having with extract medicine. There is an entire movement working to spread the truth that extracts are capable of curing/eliminating or completely controlling serious diseases like cancer, heart disease, arthritis, Crohn’s, chronic pain, IBS, hepatitis C, multiple sclerosis, Parkinson’s, mental disorders, and more.

Cannabis works against so many conditions because it functions at a fundamental level, restoring balance to all body systems. Since all disease is an imbalance of some kind, cannabis is the best herb for restoring balance.

Cannabis is one of the most medicinal plants in the world, and when prepared into extracts, its true power is released. The main problem with the medicinal cannabis movement at this point in time is its focus on smoking marijuana, or even vaporizing it. The bottom line is that’s not the right way to use cannabis as a medicine, as effective as even that can be., and its effects greatly exceed what smoked marijuana could ever achieve. Medicine is not intended to be absorbed in a low concentration through the lungs, it is supposed to go through the digestive system in a highly concentrated form.

Natalie Gray is a Biochemical Engineer. She works in the Research and Development team that focuses on the design and construction of unit processes. She is a recreational marijuana supporter and her love for organic chemistry brought her to medical cannabis. She grows her own flowers, working on different projects and study everything above and under cannabis roots.

links about breezy blog http://breedheenorilleykeefer.com/ on youtube http://www.youtube.com/user/Mr8MrsKiefAir?feature=mhsn ~ Do all that you can to cultivate peace within yourself, that it might shine out from you, and plant the seed of peace in other spirits, for them to cultivate.~ {Remember... it is when we choose act on the issues that are in front of our faces, when we choose to get involved instead of looking the other way as our fellow man struggles, when we choose to take those small simple little actions, working on righting little wrongs in our everyday lives that really make change happen, those seemingly small actions are what really make the world a better place and are a catalyst for greater social change.} ~Both quotes by Breedheen "Bree" O'Rilley Keefer~ an interview in the 420 times http://the420times.com/2010/06/the-faces-of-medical-marijuana-an-interview-with-breez/ Cannabis Health News Magazine... see pages 37-39 http://cannabishealthnewsmagazine.com/PDF/CHNM_Feb2010_small.pdf
View all posts by Breezy Kiefair »

This site uses Akismet to reduce spam. Learn how your comment data is processed.