Tolkien was a stoner… Was Lembas Bread made of Hemp Seed?

If you ask a cannabis aficionado who is also a fan of J.R.R. Tolkien’sLord of the Rings Series if they think that Tolkien liked to partake of cannabis, they will probably point you towards the lines in Lord of the Rings that suggests the hobbit’s “Longbottom Leaf” was actually Cannabis Indica. Probably the most commonly known veiled reference to cannabis in Lord of the Rings is between Gandalf and Saruman when Saruman says, “Your love of the halfling’s leaf has clearly slowed your mind.”

But this post is not to debate with others about if J.R.R. Tolkien was a stoner or not. This post is for people who have already determined for themselves that he did like to suck on a weed pipe every now and again and who wonder about what is really in Lembas Bread. 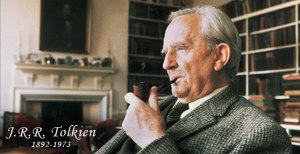 I have looked at several Lembas bread recipes, and they all fall FAR short of the nutritional value described by Tolkien…. so what do we know about lembas bread?

http://tolkiengateway.net/wiki/Lembas has this in part to say about Lembas….

Lembas was made first by Yavanna from special corn that grew in Aman, and Oromë gave it to the Elves of theGreat Journey. For this reason, it was an Elven custom that only women should make lembas; they were calledYavannildi who knew the secret of its recipe. Also, the custom requested that only an Elven Queen should keep and distribute the lembas, for this reason she was called also massánië or besain.[1]Only on rare occasions was it given to non-Elves, because it was believed that mortals who ate it would become wary of their mortality and would desire to live among the Elves.[1]The corn itself was an enduring plant that needed but a little sunlight to ripen and could be sown at any season and then sprouted and grew swiftly. Yet it was prone to north winds, while Morgoth dwelt there. The Eldar grew it in guarded lands and sunlit glades. The ears were harvested without scythe or sickle but each one was gathered by hands and the white stalks were drawn from the earth and used to weave baskets in which the grain was stored.[1]

Melian, as the queen of Doriath, was one who held this recipe from Yavanna. By giving lembas to Beleg forTúrin[2], she showed great favor because never before lembas was given to a Man and seldom it was again. Later it was passed to Galadriel and other Elves.

The Galadhrim had a large store of Lembas in Lothlórien. Galadriel gave some of it to the Fellowship of the Ring upon their departure. Frodo Baggins and Samwise Gamgee subsisted on it through the majority of their journey from there into Mordor.[3]I don’t know about you but the plant described sounds suspiciously like hemp to my mind….

what else foes the tolkien gateway have to say about Lembas bread?

The cakes were very nutritious, stayed fresh for months when wrapped in leaves, and were used for sustenance on long journeys. Lembas had a brownish colour on the outside and a cream colour on the inside.

According to Gimli it was similar to Cram, although one of the Elves of Lothlórien commented that it was more pleasant, and more strengthening than any food by Men.[4]Like other products of the Elves, it was offensive to evil creatures; Gollum refused outright to eat of it.[5] Etymology and Names

Lembas is Sindarin and derived from the older lenn-mbass which means “journey-bread”. As a rough translation of this term it was also often called Waybread.[1]The Quenya word for lembas is coimas which means life-bread.[1] Inspiration

Tolkien most likely based lembas on bread known as hard tack that was used during long sea voyages and military campaigns as a primary foodstuff. It was little more than flour and water which had been baked hard and would keep for months as long as it was kept dry.[source?] Portrayal in Adaptations

In The Lord of the Rings (film series), the redundant term “lembas bread” is occasionally used as the gift of lembas at Lothlórien is not included in the theatrical release of The Fellowship of the Ring. The term “lembas bread” was probably chosen in order to immediately identify the substance to filmgoers at the beginning of The Two Towers.

this produces a medicated hemp seed cake that has a core similar to a shortbread and an nutritional outter layer of seeds, fruits and nuts to pack a high protein high nutrient medicinal punch!

In a bowl with a lid, combine the following to soak for 24-48 hours. You may wish to put some of the nuts through a food processor before adding them to the soak.

After soaking for 24-48 hours (ok to soak at room temp for the first 12 hours, place in refrigerator for longer soaks) add buckwheat and barley flour to thicken the mixture until it is a loose batter. Set aside.

In another bowl combine

mix together and add the variable amount of barley flour until you have a thick dough similar to a shortbread dough.

Line muffin tins with cannabis leaves. drop the second batch of batter into the muffin cups. Cover with the long soak batter. set to the side

melt coconut oil, molasses, honey and a pinch of cinnamon and ginger together then use to top the cookies

bake for 1 and one half hours at 290 degrees

other recipes and research links: