Math Not Meth (with Master Debate Marijuana VS. Crystal Meth) 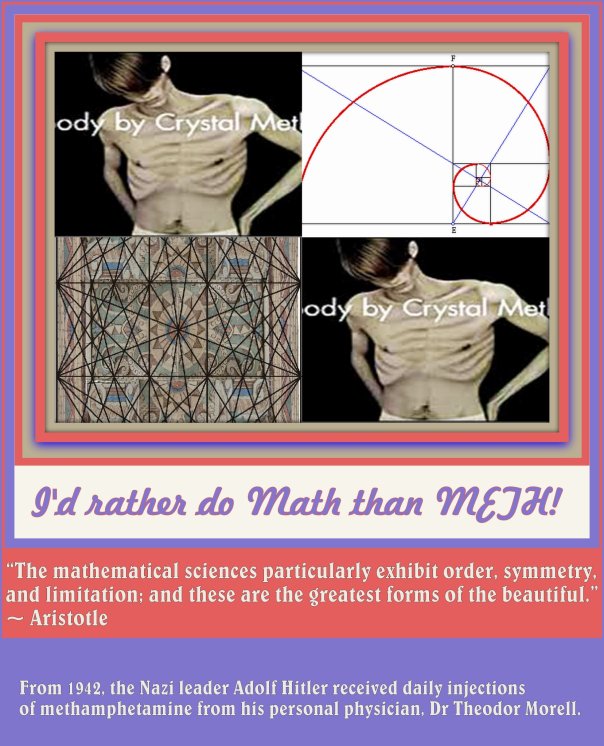 I’d Rather do MATH THAN METH!

“The mathematical sciences particularly exhibit order, symmetry, and limitation; and these are the greatest forms of the beautiful.”
~ Aristotle

Who do you want to emulate?

methamphetamine is a stimulant…. methadone is a narcotic… but the Nazi’s came up with them both…. Methadone was, indeed, discovered in Germany – in the late 1930’s. Two scientists, Max Bockmühl and Gustav Ehrhart, working for the large German chemicals conglomerate IG Farberindustrie at Hoechst-Am-Main, were exploring synthetic (man-made) compounds with a structure similar to Dolantin ®. This was an opioid analgesic discovered earlier at the same company (and later marketed as Pethidine ®, Demerol ®, and other brands).

few acknowledge that today (4/20) is also Hitler’s birthday. Hitler used meth… I’d rather smoke pot and do math than emulate hitler any day!

here is my reference for the hitler infohttp://amphetamines.com/adolf-hitler.html

one of my favorite math beauties….